Culture Change: Where it started

In my last blog post, I shared that over the past 6 months,  the organization I am in along with a couple of other organizations (over 300 people) have been working through a major shift requiring a significant change in culture. But to be honest the culture change started at least 6 months prior with a culture change within my organization and our sister systems organization. Let me explain.

Over the next several posts, my plan is to document the lead up to the bigger organizational change. It should give you an idea of how much change, and not just over a 6 month time period. So instead of digging into what has been happening over the past 6 months, I will get out the time machine and go back another 6 months.  In November of 2019, myself and my IT partner, Kelly, started working together for the first time. Leading up to November our two organizations had worked together, but they acted as two separate entities. Work would happen but independent of each other. But as Kelly and I started to work together, we knew that over the next year we would be transforming into a product ownership model and we needed to get our leaders and our organization to work together in a more seamless manner to make that transformation easier.

To be honest, we knew that we needed our leaders to act as if they were one team, instead of two but before we could do that, Kelly and I needed to work together in a more seamless manner. While I can't say we realized the following priorities before starting our journey, we both knew our teams to work as one.

Priority #2 - We needed to model the behavior we wanted and since we were the joint leaders of this change, we needed to set the tone of what we hoped for from our direct reports.

Priority #3 - Share with our directs that we were on the same page and to remind them periodically.

Priority #4 - have fun working together

Priority #1 came about fairly quickly as Kelly and I met often through regularly scheduled weekly meetings, ad hoc, impromptu, between other meeting conversations, early mornings conversations and late evening conversations.  We compared notes on what we heard, we shared what we were thinking.  We did not hold back.  We agreed on lots but not everything but when we did not agree we talked it out and came to an agreement that we both stood behind. And critically, we both agreed that we needed a team that collaborated well and had each other's back.

Priority #2 we showed our team that we collaborated together. We had meetings and conversations with the entire team and showed them we collaborated together.  We had  small group meetings or 2 on 1 meetings where we showed that we could disagree but come to agreement. And across all of them, we showed that we were dedicated to working together and working well together. And it wasn't just a show, it was real.  It was what we wanted them to do, but also what we naturally ended up doing because it was the right thing to do. It wasn't one person had more power than the other, we were in it together.

Priority #3 came about as we met with our teams. We were transparent with our leadership team and told them and reminded them that we met all the time and that while we disagreed, we always worked it out. We slowly got to the point where one of us could anticipate what the other was about to say and that they could see we had each other's back.  And by verbally talking about the close connection that we had built, we were confirming what they were seeing.

Priority #4 is important.  Always have fun doing what you do.  That is critical, and having someone there to share in the fun with is equally important.  But more on that in a future post.

Sounds magical, right?  This did not come by snapping our fingers together. But required lots of dedicated time from the two of us over many months. How many?  3 months? 6 months? Nope, I would say we are we still working on it and refining it.  The big muscle movements are done, but there is always areas for improvement or refinement. We spent and continue to spend a lot of time working through the nuances of the relationship that we are building.  We didn't agree on some things and we still don't agree on everything (which is critical). And to be honest, sometimes when we do just agree, I have learned that it might have been better to not have agreed so quickly, but that is for another post.

Culture Change - harder than you think 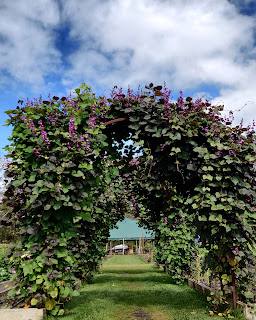 Over the past 6 months I have been on a journey to change how my organization and 2 partner organizations work. 400+ people. What is that change? Changing from a project/program orientation to being organized into products (just like many other organizations are considering). One of the questions I get often is, is this just a fad or is this really something that is going to stick?  My answer?  It is all up to the people that are part of the change to ensure it sticks.

Changing a culture of an organization is difficult and while not all culture change initiatives are made of the same size, this one is a big culture change making it even more challenging. There are several factors going against the ability for this change to stay for the long term.  First is the pure size of the organization, second is the change spans 3 separate departments across business and IT and the third is ensuring that not just the organization changes its approach but ensuring the people that are dependent on the organization understand the change and learn the new modes of engagement.

The changes are not done but it is time to document many of the steps taken to accomplish this transformation. My goal is to share as many of the issues and approaches taken over the past 6 months as we prepared and started the transformation.  I will also be sharing many of the things we continue to do and provide updates on the progress, since a culture change like this doesn't just finish in 6 months, but is really a multi-year endeavor.

By Eric No comments: